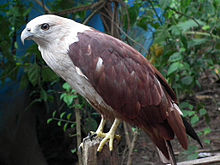 Most of the biodiversity is concentrated and protected in the Western Ghats. Three-fourth of the land area of Kerala was under thick forest even up to 18th century.[130] Currently, over 25% of India’s 15,000 plant species are in Kerala. Out of the 4,000flowering plant species 900 species are medicinal plants; 1,272 of which are endemic to Kerala and 159 threatened.[131]:11 Its 9,400 km2 of forests include tropical wet evergreen and semi-evergreen forests (lower and middle elevations—3,470 km2), tropical moist and dry deciduous forests (mid-elevations—4,100 km2 and 100 km2, respectively), and montane subtropical and temperate(shola) forests (highest elevations—100 km2). Altogether, 24% of Kerala is forested.[131]:12 Three of the world’s Ramsar Convention listed wetlands—Lake Sasthamkotta, Ashtamudi Lake and the Vembanad-Kol wetlands—are in Kerala, as well as 1455.4 km2 of the vast Nilgiri Biosphere Reserve. Subjected to extensive clearing for cultivation in the 20th century,[132]:6–7 much of the remaining forest cover is now protected from clearfelling.[133] Eastern Kerala’s windward mountains shelter tropical moist forests and tropical dry forests, which are common in the Western Ghats.[134][135] The world’s oldest teak plantation ‘Conolly’s Plot’ is in Nilambur.[136]

Kerala’s fauna are notable for their diversity and high rates of endemism: it includes 102 species of mammals (56 of which are endemic), 476 species of birds, 202 species of freshwater fishes, 169 species of reptiles (139 of them endemic), and 89 species ofamphibians (86 endemic).[137] These are threatened by extensive habitat destruction, including soil erosion, landslides,salinisation, and resource extraction. In the forests, sonokeling, Dalbergia latifolia, anjili, mullumurikku, Erythrina, and Cassia number among the more than 1,000 species of trees in Kerala. Other plants include bamboo, wild black pepper, wild cardamom, the calamus rattan palm, and aromatic vetiver grass, Vetiveria zizanioides.[131]:12 Indian elephant, Bengal tiger, Indian leopard, Nilgiri tahr, common palm civet, and grizzled giant squirrel are also found in the forests.[131]:12, 174–175 Reptiles include the king cobra,viper, python, and mugger crocodile. Kerala’s birds include the Malabar trogon, the great hornbill, Kerala laughingthrush, darter and southern hill myna. In lakes, wetlands, and waterways, fish such as kadu; stinging catfish and choottachi; orange chromide—Etroplus maculatus are found.[131]:163–165

Main article: Geography of Kerala
Main articles: Districts of Kerala and Corporations, municipalities and taluks of Kerala
Sign into your account
or
Login with Facebook
Login with Google
Create an account
Reset Password
Register here! Forgot Password? Back to Login Return to Login
Need Help? Chat with us
Start a Conversation
Hi! Click one of our member below to chat on Whatsapp
The team typically replies in a few minutes.
Kerala Model Home Plans
KMHP Support