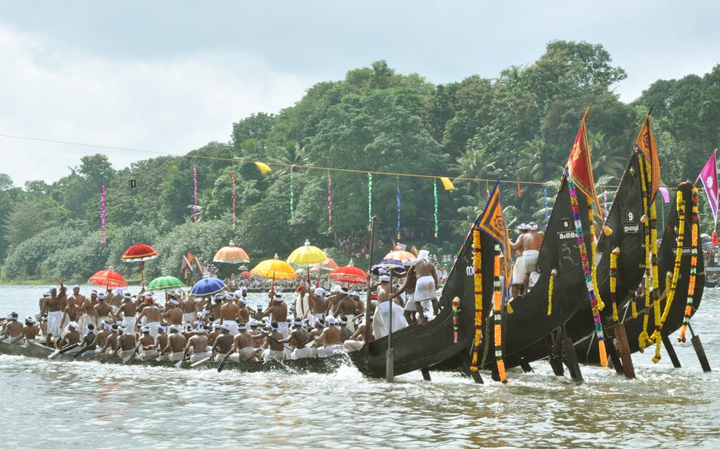 By 21st century, almost all of the native sports and games from Kerala have either disappeared or become just an art form performed during local festivals; including Poorakkali, Padayani, Thalappandukali, Onathallu, Parichamuttukali, Velakali, Kilithattukali etc.[415] However, Kalaripayattu, regarded as “the mother of all martial arts in the world”, as an exception was practised as indigenous martial sport.[416] Another traditional sport of Kerala is the boat race, especially the race of Snake boats.[415]

Cricket and football became popular in the state; both were introduced in Malabar during the British colonial period in the 19th century. Cricketers, like Tinu Yohannan, Abey Kuruvilla,Sreesanth ,and Sanju Samson , found places in the national cricket team. However, the Kerala cricket team had never won or performed well at the Ranji Trophy.[415] A cricket club from Kerala, the Kochi Tuskers, played in the Indian Premier League‘s fourth season. However, the team was disbanded after the season because of conflict of interests among its franchises.[417] Football is one of the most widely played and watched sports with huge support for club and district level matches. Kerala is one of the major footballing states in India along with West Bengal and Goa and has produced national players of the likes of I. M. Vijayan, C. V. Pappachan, V. P. Sathyan, Jo Paul Ancheri, and Pappachen Pradeep.[418][419] The Kerala state football team had won the Santhosh Trophy five times; in 1973, 1992, 1993, 2001 and 2004. They were also the runners-up eight times.[420]

Among the prominent athletes hailing from the state are P. T. Usha, Shiny Wilson and M.D. Valsamma, all three of whom are recipients of Padma Shri as well as Arjuna Award, while K. M. Beenamol and Anju Bobby George are Rajiv Gandhi Khel Ratna and Arjuna Award winners. T. C. Yohannan, Suresh Babu, Sinimol Paulose, Angel Mary Joseph, Mercy Kuttan, K. Saramma, K. C. Rosakutty and Padmini Selvan are the other Arjuna Award winners from Kerala.[415][421] Volleyball is another popular sport[422] and is often played on makeshift courts on sandy beaches along the coast. Jimmy George was a notable Indian volleyball player, rated in his prime as among the world’s ten best players.[423] Other popular sports include badminton, basketball and kabaddi.

Main article: Tourism in Kerala
Main article: Media in Kerala
Sign into your account
or
Login with Facebook
Login with Google
Create an account
Reset Password
Register here! Forgot Password? Back to Login Return to Login
Need Help? Chat with us
Start a Conversation
Hi! Click one of our member below to chat on Whatsapp
The team typically replies in a few minutes.
Kerala Model Home Plans
KMHP Support