Its culture and traditions, coupled with its varied demographics, have made Kerala one of the most popular tourist destinations in India. National Geographic‘s Traveller magazine names Kerala as one of the “ten paradises of the world”[425][426] and “50 must see destinations of a lifetime”.[427] Travel and Leisure names Kerala as “One of the 100 great trips for the 21st century”.[425][428][429] In 2012, it overtook Taj Mahal to be the number one travel destination in Google’s search trends for India.[430] Kerala’s beaches, backwaters, lakes, mountain ranges, waterfalls, and wildlife sanctuaries are major attractions for both domestic and international tourists. The city of Kochi ranks first in the total number of international and domestic tourists in Kerala.[431][432] The region also has many old palaces, ancient ports, and religious institutions, including churches—from the 1st century CE, founded by Thomas the Apostle, the first mosque of India, which existed even before the death of Muhammad and the oldest active synagogue in the Commonwealth of Nations.

Until the early 1980s, Kerala was a relatively unknown destination to other states of the country.[433] In 1986 the government of Kerala declared tourism as an industry and it was the first state in India to do so.[434] Marketing campaigns launched by the Kerala Tourism Development Corporation, the government agency that oversees tourism prospects of the state, resulted in the growth of the tourism industry.[435] Many advertisements branded Kerala with the tagline Kerala, God’s Own Country.[435] Kerala tourism is a global brand and regarded as one of the destinations with highest recall.[435] In 2006, Kerala attracted 8.5 million tourist arrivals, an increase of 23.68% over the previous year, making the state one of the fastest-growing destinations in the world.[436] In 2011, tourist inflow to Kerala crossed the 10-million mark.[437]

Ayurvedic tourism became very popular since the 1990s, and private agencies have played a notable role in tandem with the initiatives of Tourism Department.[433] Kerala is known for its ecotourism initiatives and in this segment it promotes mountaineering, trekking and bird-watching programmes in the Western Ghats as the major products.[438] As of 2005, the state’s tourism industry was a major contributor to the state’s economy, which is currently growing at a rate of 13.31%.[439] The revenue from tourism increased five-fold between 2001 and 2011 and crossed the ₹ 190 billion mark in 2011. Moreover, the industry provides employment opportunity to approximately 1.2 million people.[437]

Munnar, a hill station and a hamletin Kerala 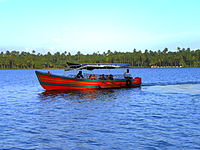 Boating at Paravur Lake in Kollam district. Paravur Thekkumbhagam is a beautiful backwater destination in Kerala

Main articles: Roads in Kerala and Kerala State Road Transport Corporation
Main article: Sports in Kerala
Sign into your account
or
Login with Facebook
Login with Google
Create an account
Reset Password
Register here! Forgot Password? Back to Login Return to Login
Need Help? Chat with us
Start a Conversation
Hi! Click one of our member below to chat on Whatsapp
The team typically replies in a few minutes.
Kerala Model Home Plans
KMHP Support