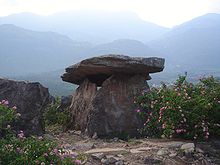 Dahsavthar stories of Hindu mythology, linked to Kerala by Aryan settlers from north. According to them, the lands of Kerala were recovered from the sea by the axe-wielding warrior sage Parasurama, 6th avatar of Vishnu, hence Kerala is also called Parasurama Kshetram (“The Land of Parasurama”). Parasurama threw his axe across the sea, and the water receded as far as it reached. According to legend, this new area of land extended from Gokarna to Kanyakumari.Consensus among scientific geographers agrees that a substantial portion of this area was under the sea in ancient times. The land which rose from sea was filled with salt and unsuitable for habitation so Parasurama invoked the Snake King Vasuki, who spat holy poison and converted the soil into fertile lush green land. Out of respect, Vasuki and all snakes were appointed as protectors and guardians of the land. The legend later expanded, and found literary expression in the 17th or 18th century with Keralolpathi, which traces the origin of aspects of early Kerala society, such as land tenure and administration, to the story of Parasurama.In medieval times Kuttuvan may have emulated the Parasurama tradition by throwing his spear into the sea to symbolize his lordship over it.

Another much earlier Puranic character associated with Kerala is Mahabali, an Asura and a prototypical king of justice, who ruled the earth from Kerala. He won the war against the Devas, driving them into exile. The Devas pleaded before Lord Vishnu, who took his fifth incarnation as Vamana and pushed Mahabali down to Patala (the netherworld) to placate the Devas. There is a belief that, once a year during the Onam festival, Mahabali returns to Kerala.The Matsya Purana, which is among the oldest of the 18 Puranas,[18][19] uses the Malaya Mountains of Kerala (and Tamil Nadu) as the setting for the story of Lord Matsya, the first incarnation of Lord Vishnu, and King Manu, the first man and the king of the region

Etymology in Kerala
Pre-history in Kerala
Sign into your account
or
Login with Facebook
Login with Google
Create an account
Reset Password
Register here! Forgot Password? Back to Login Return to Login
Need Help? Chat with us
Start a Conversation
Hi! Click one of our member below to chat on Whatsapp
The team typically replies in a few minutes.
Kerala Model Home Plans
KMHP Support